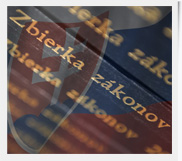 Ministry of the Interior / Foreigners

SITUATION IN UKRAINE - INFORMATION AND ASSISTANCE

WHAT ATTITUDE DID THE SR ADOPT TO THE ATTACK OF RUSSIA ON UKRAINE?

ON THE BASIS OF WHAT CAN THE NATIONALS OF UKRAINE TRAVEL TO SLOVAKIA?

ARE THE REFUGEES OBLIGED TO UNDERGO QUARANTINE UPON THEIR ARRIVAL?

WHERE CAN THE ARRIVING UKRAINIANS BE ACCOMMODATED?

HOW CAN THE CITIZENS HELP?

FREE TRANSPORT FOR THE CITIZENS OF UKRAINE

WHAT ARE THE TRAVEL RECCOMENDATIONS FOR THE SLOVAK CITIZENS REGARDING UKRAINE?

IMPORTANT CONTACTS FOR THE SLOVAK CITIZENS IN UKRAINE

WHAT ARE THE TRAVEL RECOMMENDATIONS FOR THE SLOVAK CITIZENS REGARDING RUSSIA?

MIND THE HOAXES AND RUSSIAN PROPAGANDA