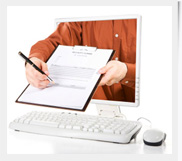 Trade authorisation constitutes a right of a natural person or a legal person to pursue trade. This right is being constituted in proceedings carried on by organ of the state administration which is in this case the Trade Licensing Office and therefore there are legal obligations which shall be followed by this organ. The primary act that governs the proceedings in which the rights, the legitimate interests and the duties of the citizens and organizations regarding the public administration are decided is Act No. 71/1967 Coll. on Administrative Proceedings (Administrative Code) as amended. Pursuant to Article 71 of the Act No. 455/1991 Coll. on Trade Licensing (Trade Licensing Act) proceedings in the matters regulated by this Act shall by governed by The Administrative Procedure Code, unless specific provisions of this Act stipulate otherwise. There are some differences in the proceedings of issuing the trade authorisation are quite significant and they are as follows: